Check out some of the highlights below.

Mbongwana Star brought the energy to the Main Stage, a perfect way to open the Festival.
Photo by Thomas King 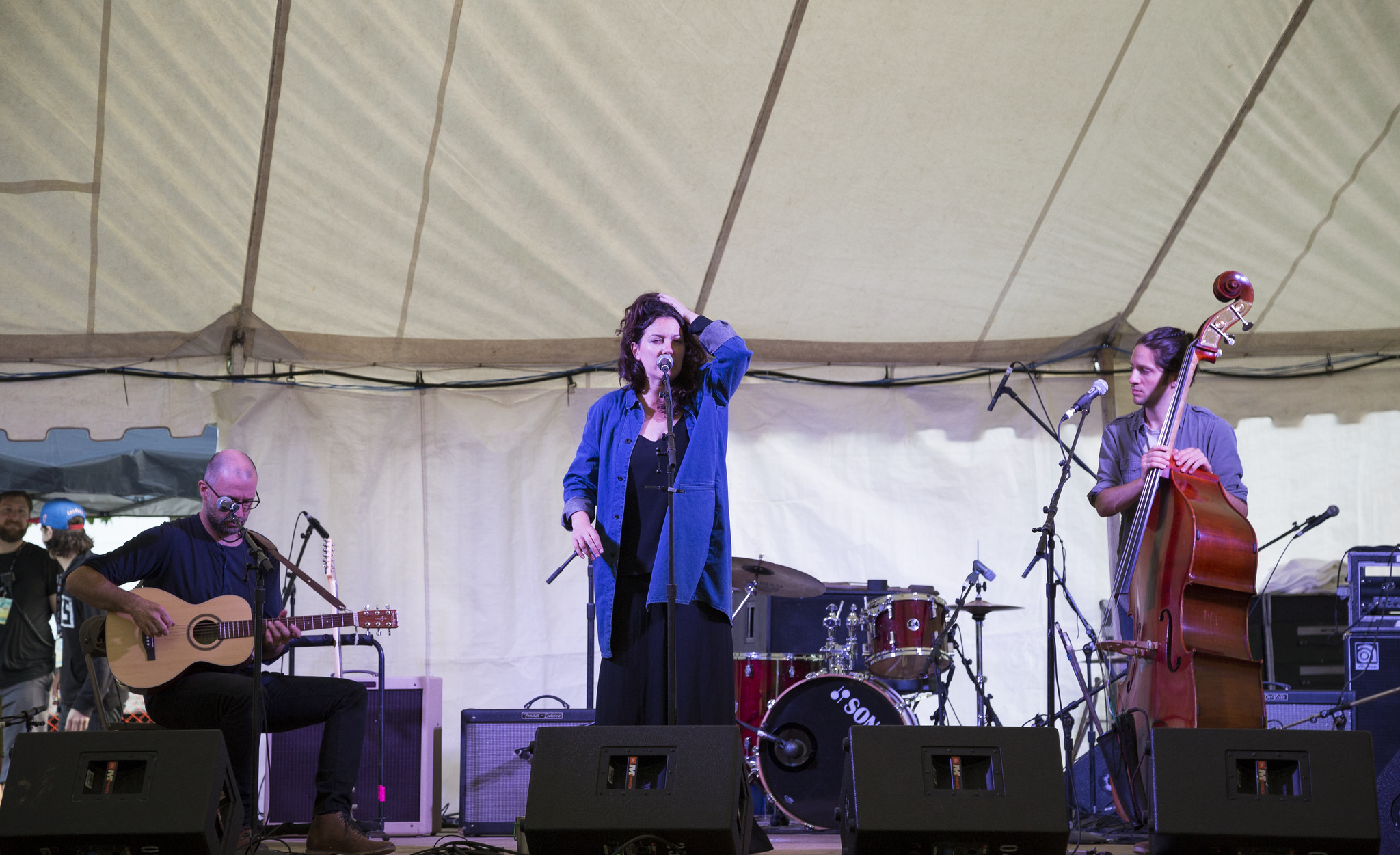 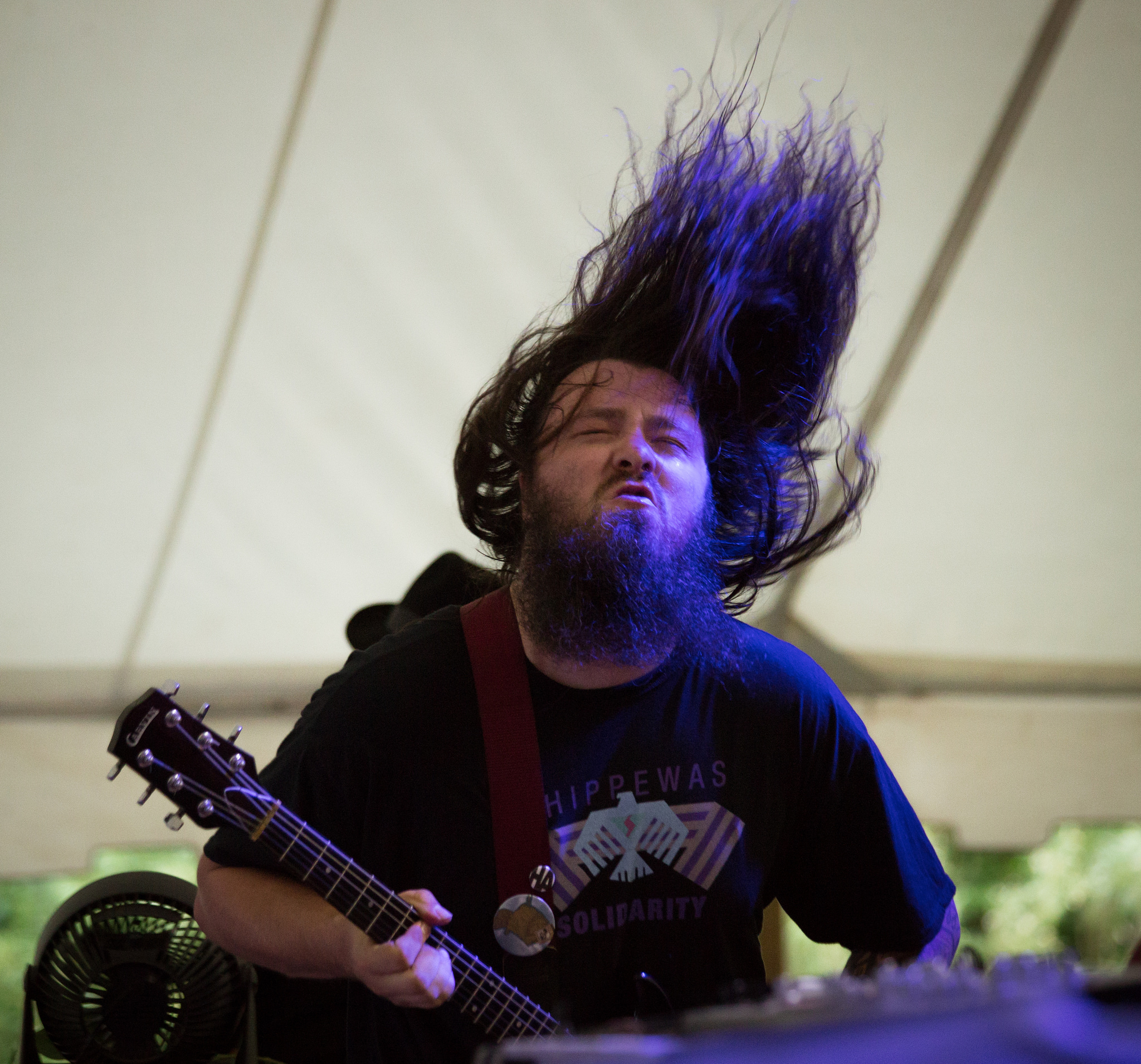 Beloved local band, Whoop-Szo, took to the stage 34 years after their mother took the stage.
Photo by Vanessa Tignanelli 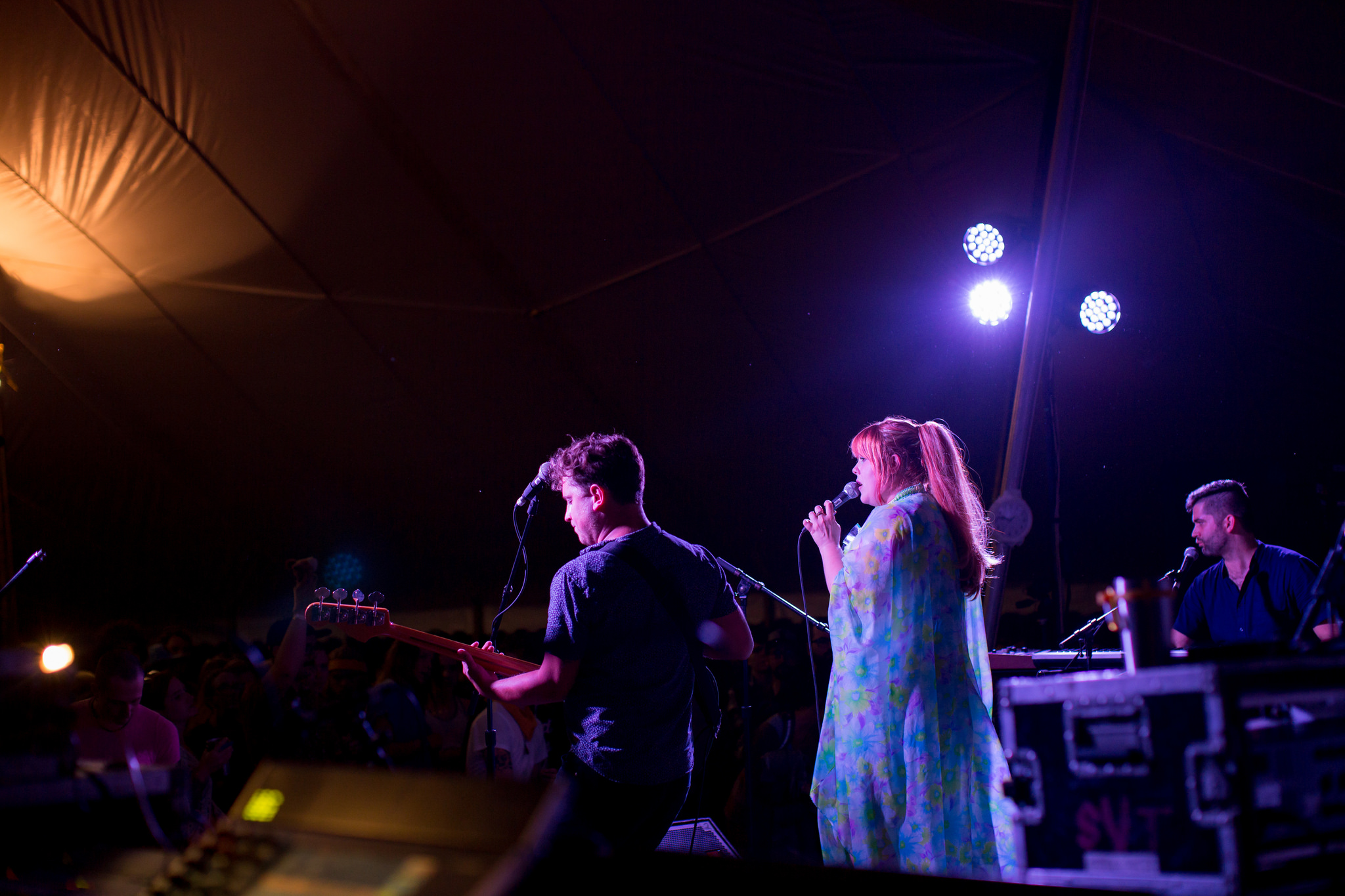 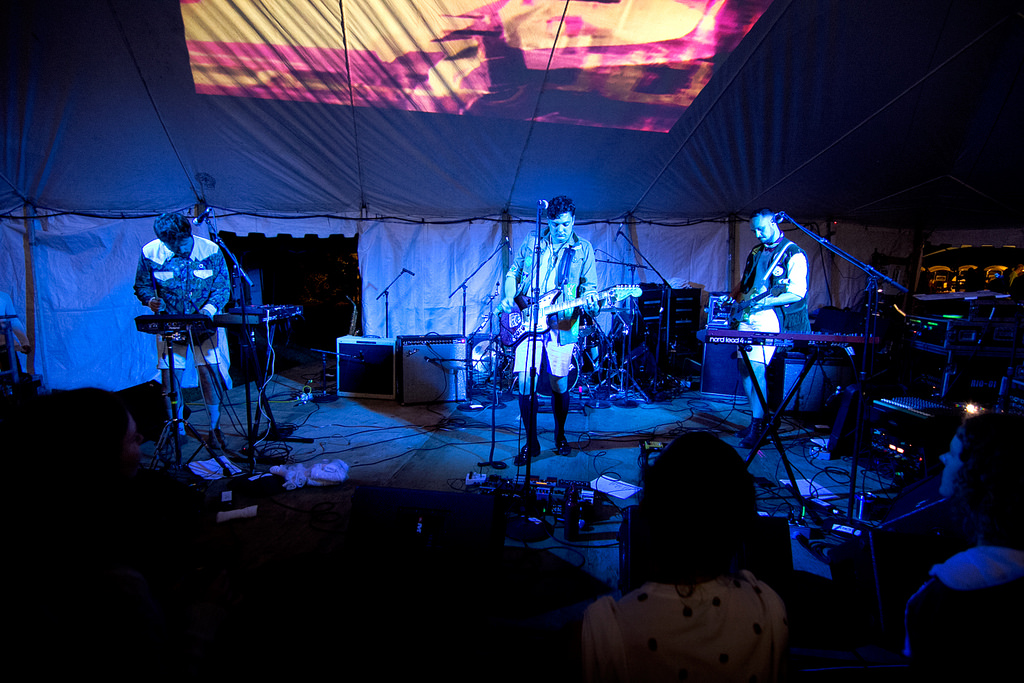 Future Peers utilized light and sound to create an interactive experience for the audience.
Photo by Vicki Mahoney 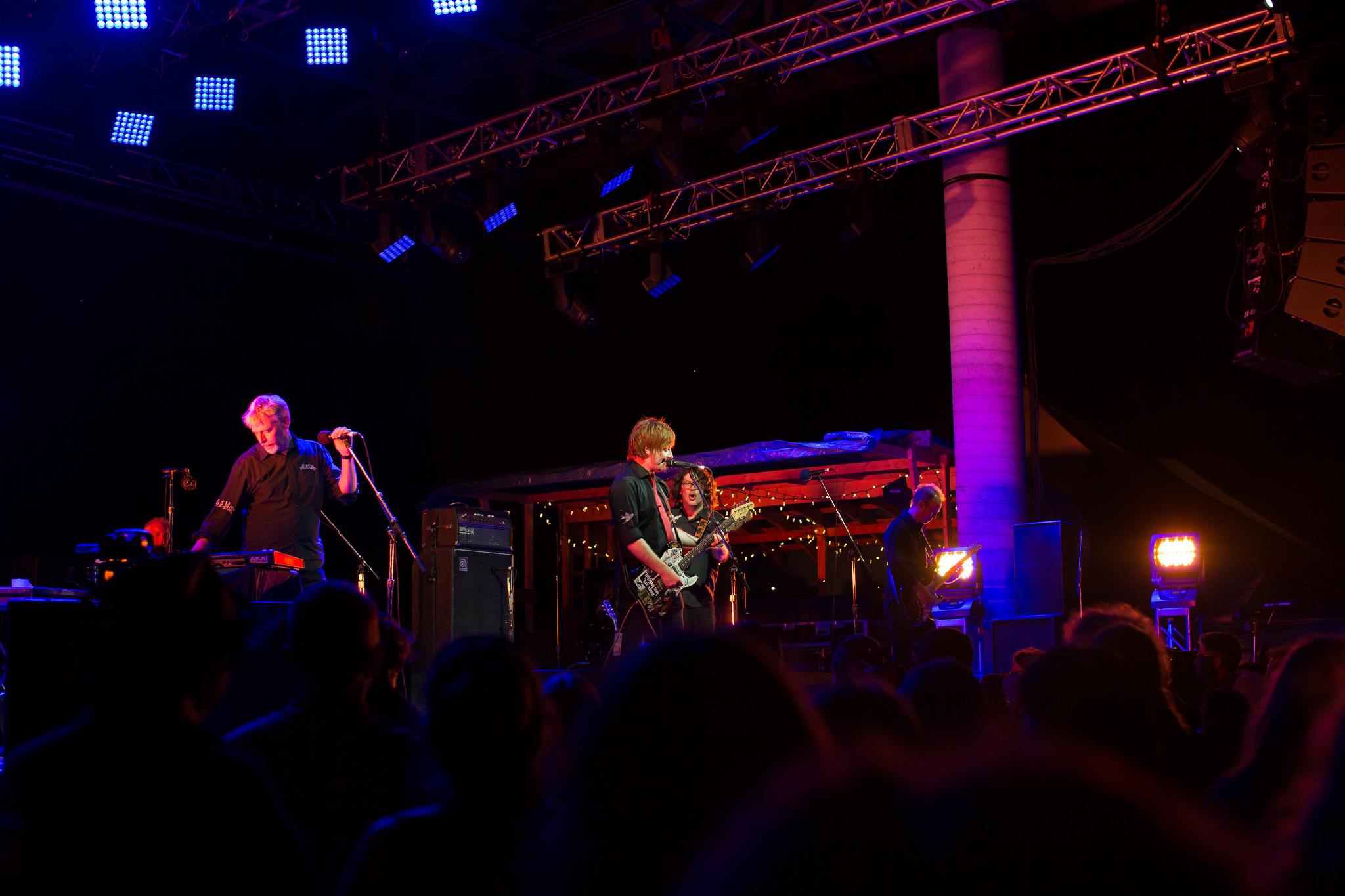 Iconic Canadian band, Lowest of the Low, closed out Friday night with a fantastic performance.
Photo by Dan Hauser 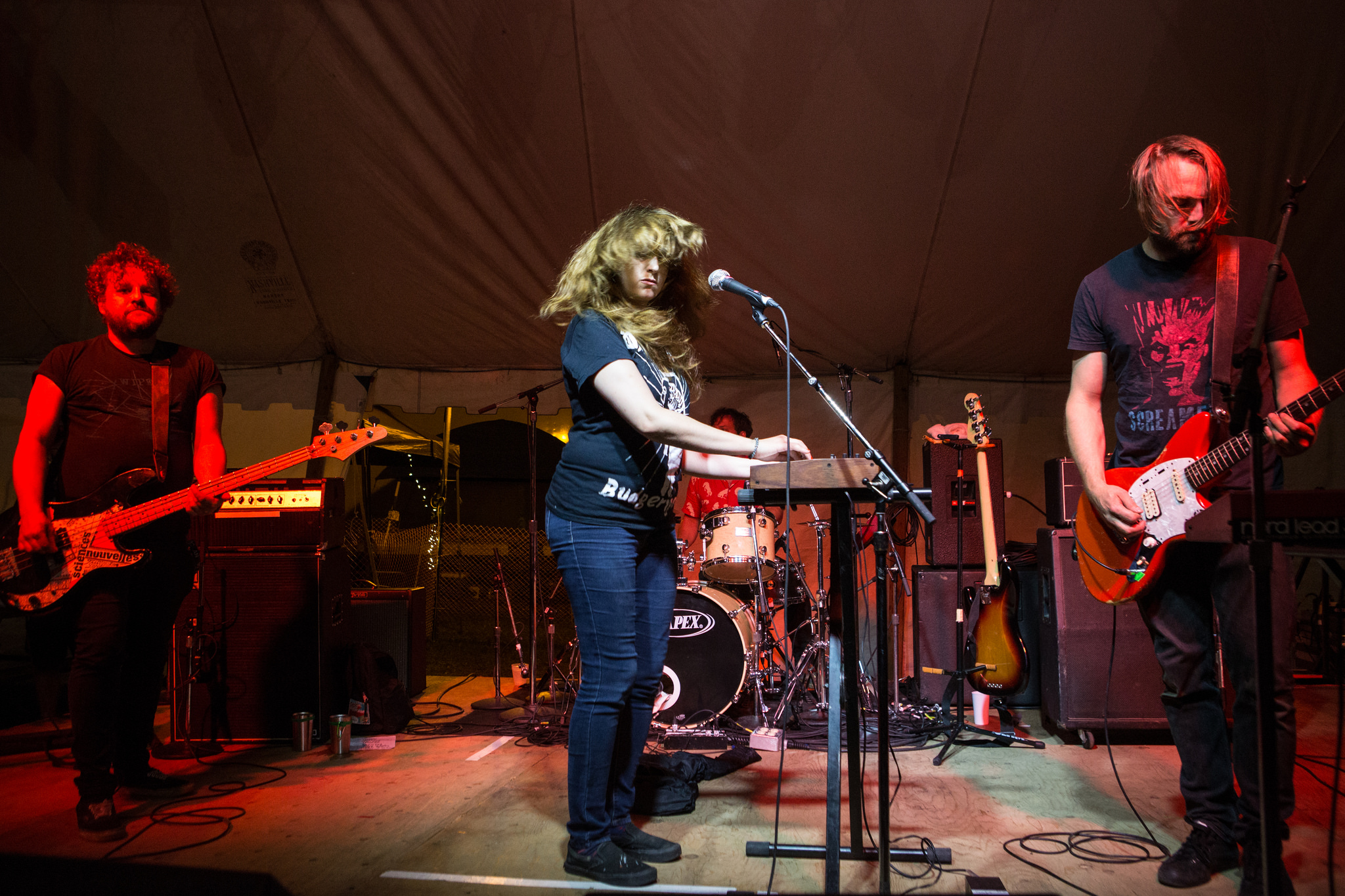 Quebec-based band, Duchess Says, threw one heck of a party at the Island Stage, throwing themselves into an eager audience.
Photo by Vanessa Tignanelli 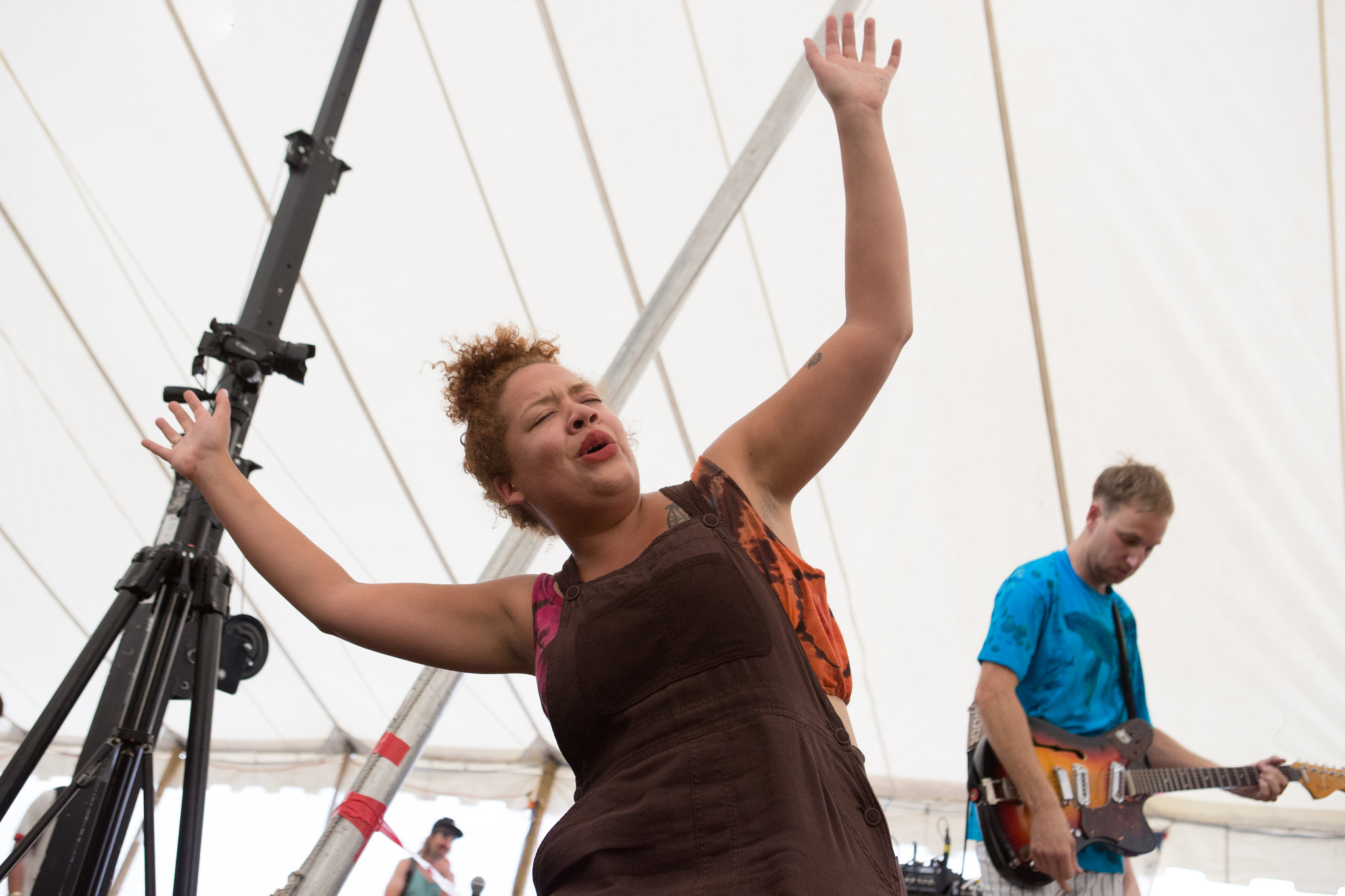 Toronto cult-favourite band Weaves, held a morning workshop that was as lively as their evening party show.
Photo by Vanessa Tignanelli 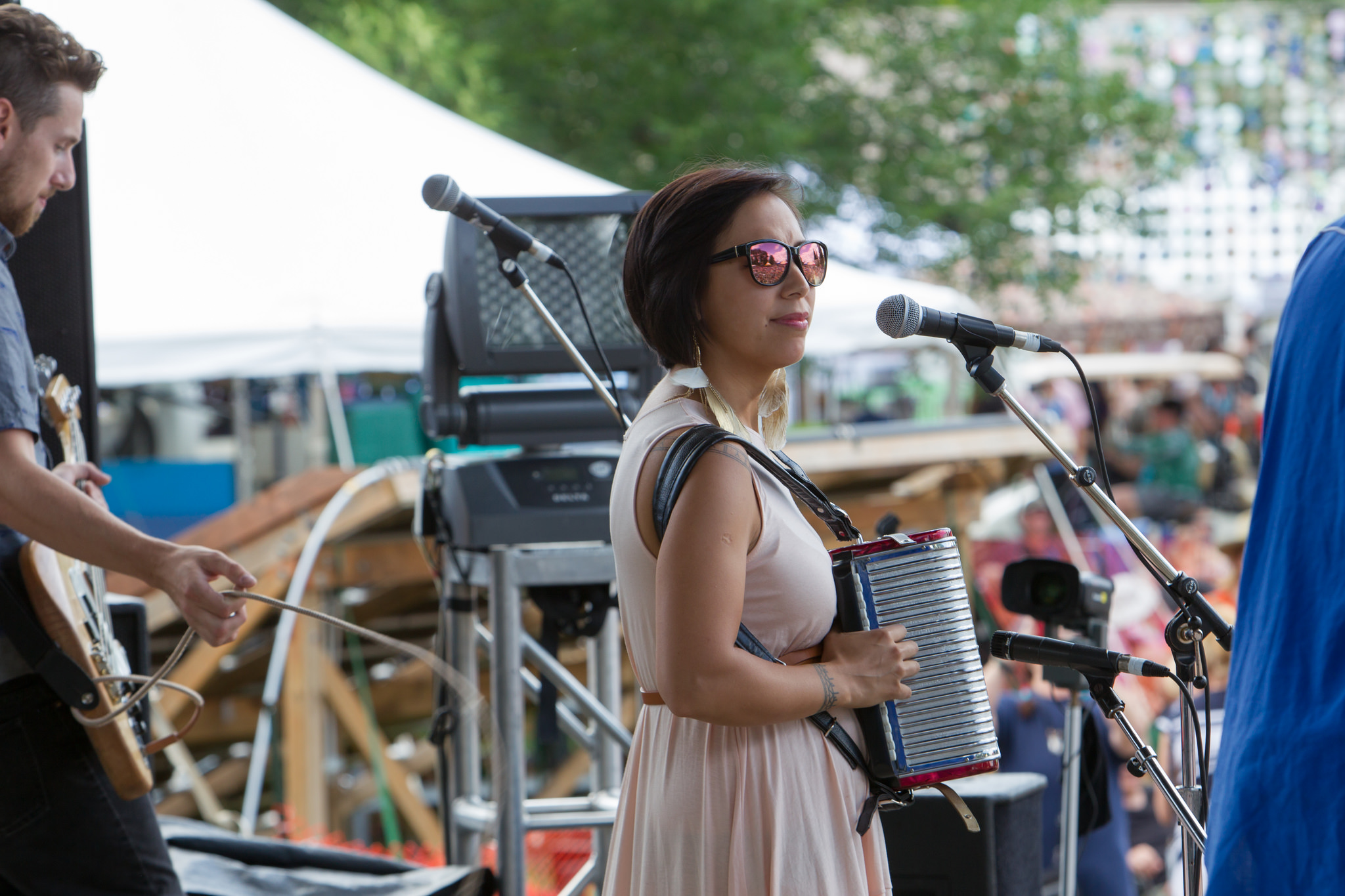 Travelling all the way from Nunavut, The Jerry Cans took to the Main Stage to showcase their blend of traditional Inuit folk music with contemporary pop sounds.
Photo by Dan Hauser 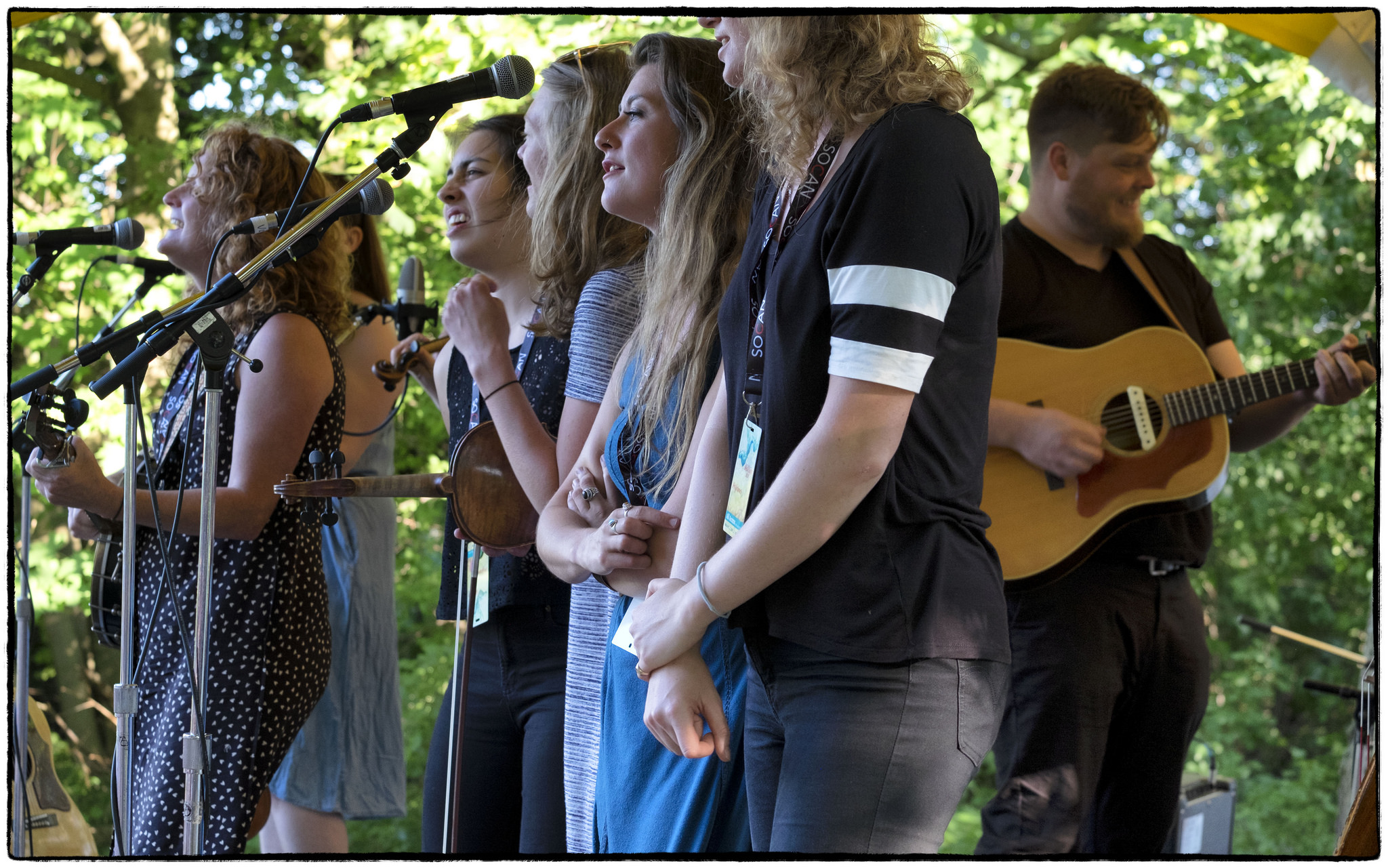 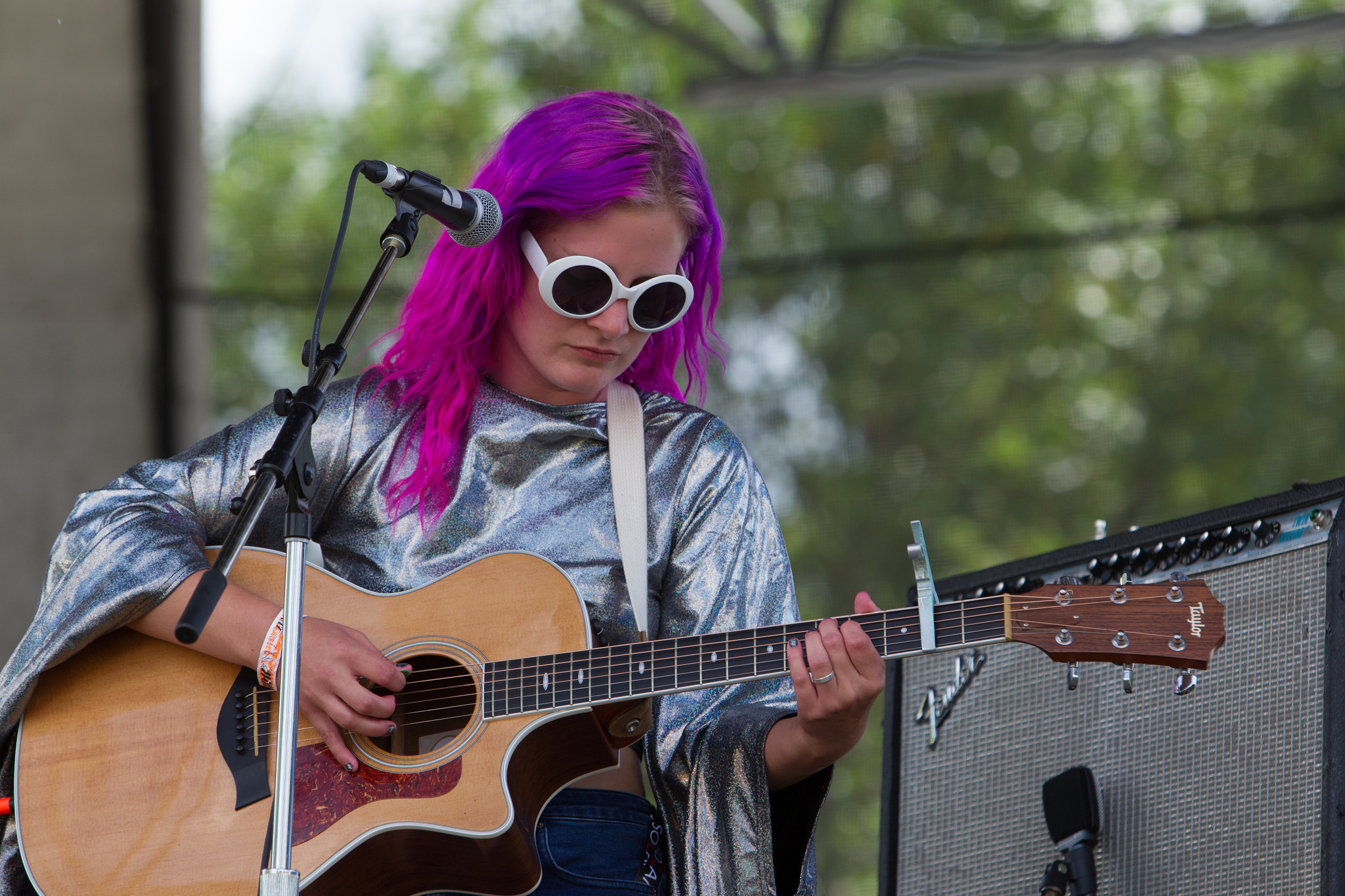 Missy Bauman, one of Hillside's Songwriting Students, took to the Main Stage to showcase her songs of resistance.
Photo by Dan Hauser 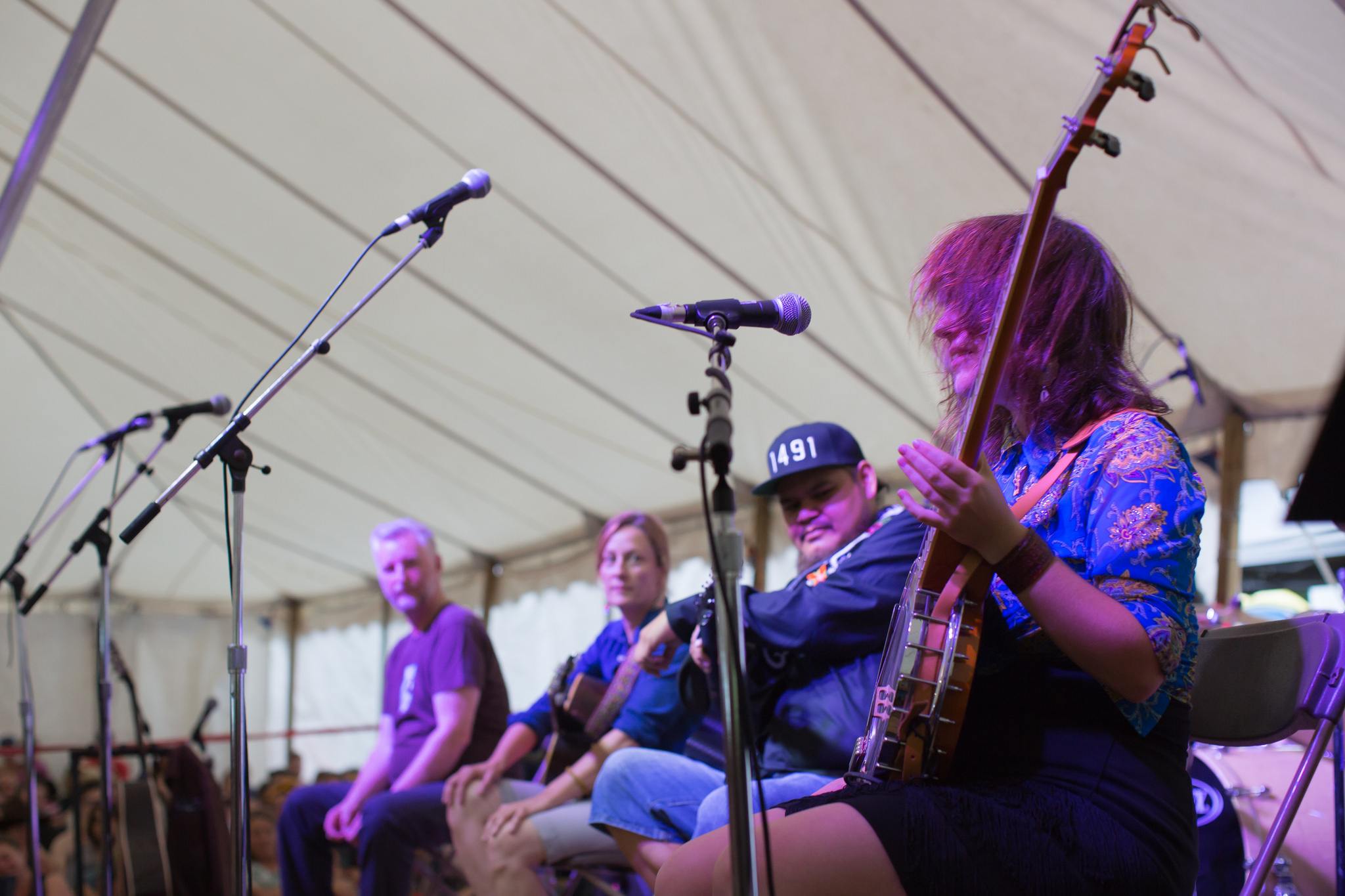 One of the highlight workshops of the weekend featured the legendary Billy Bragg and iconic Sarah Harmer joined by brillaint new voices, Leonard Sumner and Lisa LeBlanc.
Photo by Dan Hauser 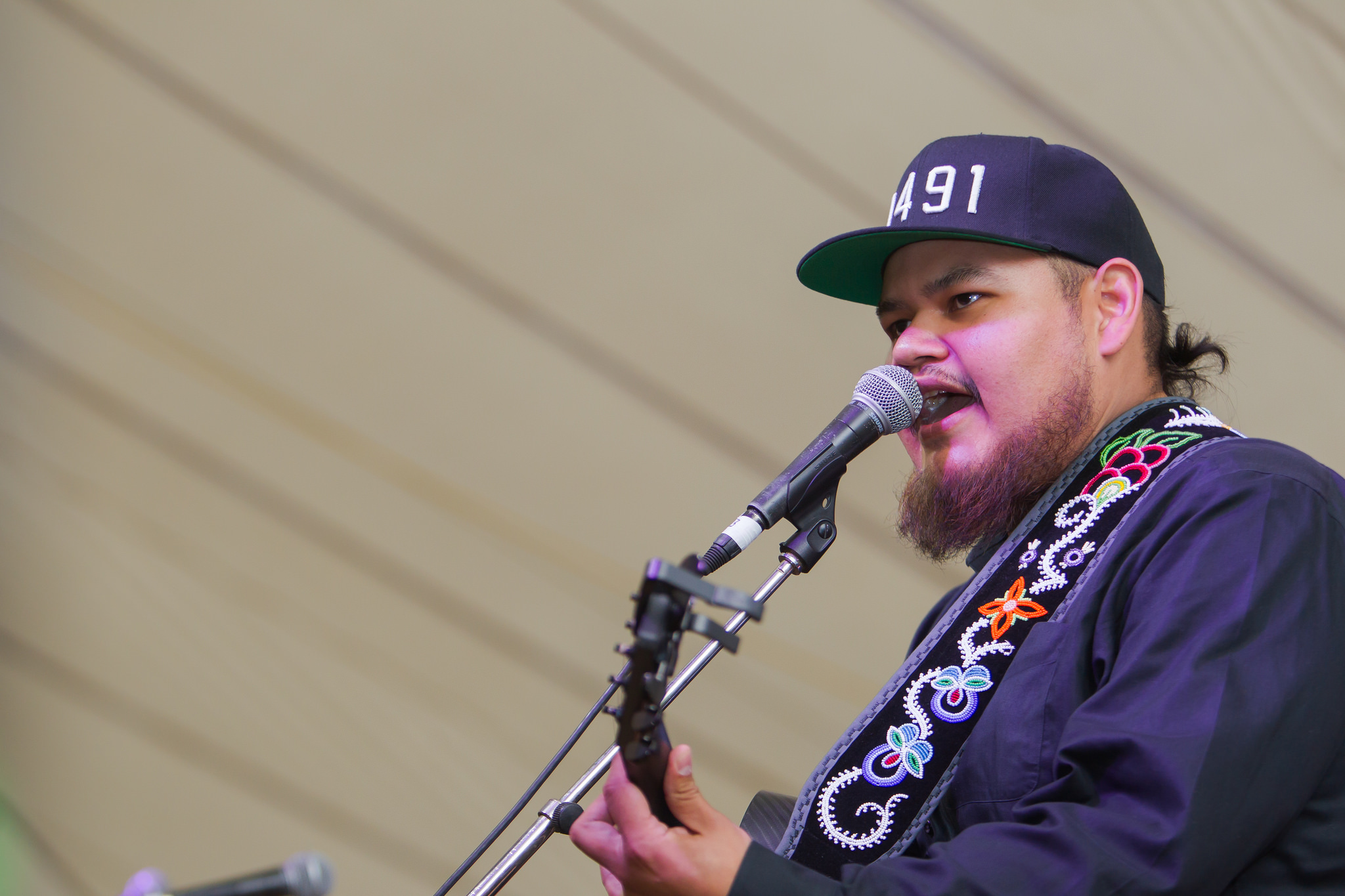 No one could stop talking about Leonard Sumner, an Anishinaabe artist from Manitoba. His passion and brilliance deeply affected everyone who saw his performances.
Photo by Dan Hauser 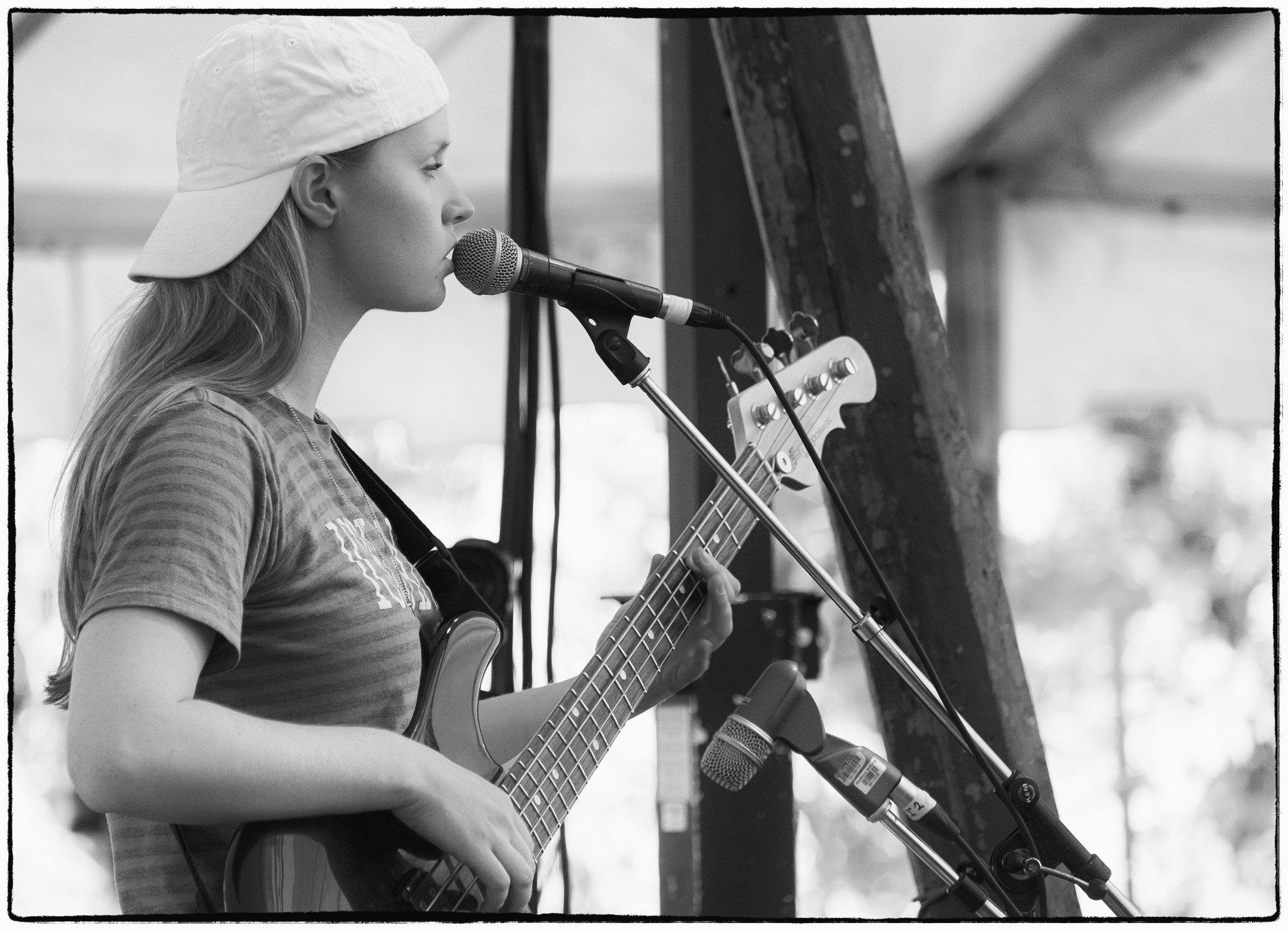 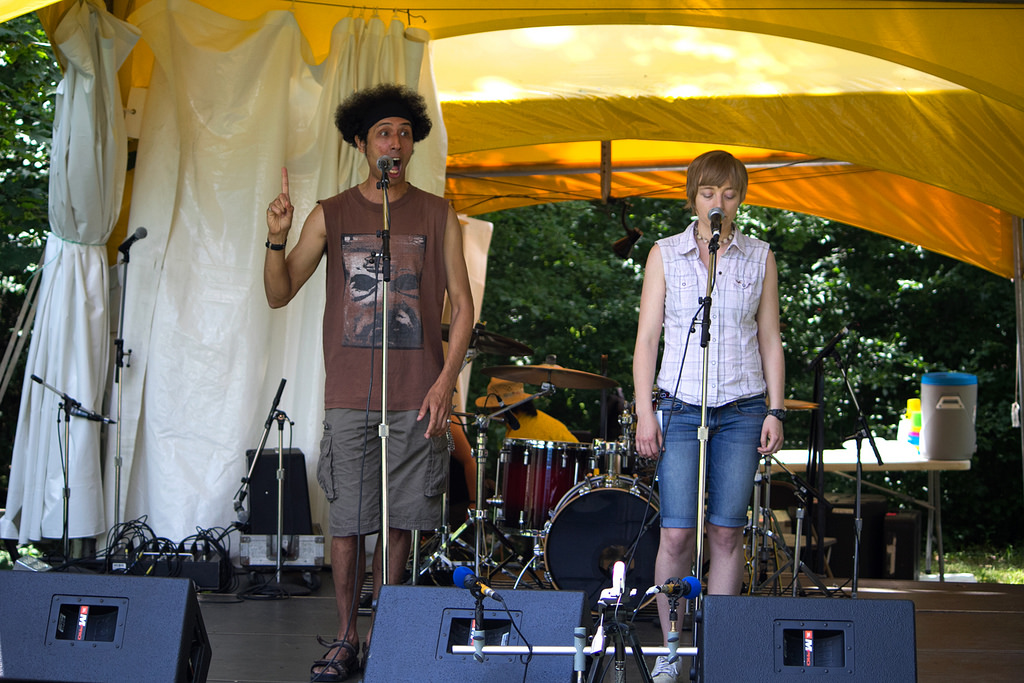 Spoken Word at the Sun Stage was on fire this year, with Lisa Baird & David James Hudson being one of the brilliant acts.
Photo by Vicki Mahoney 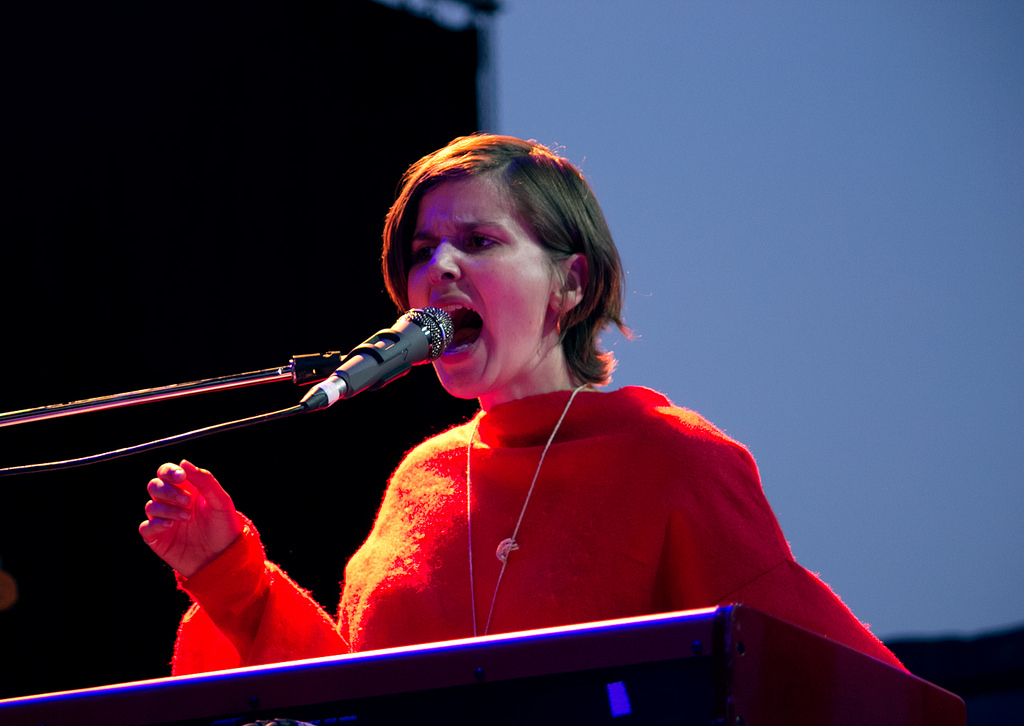 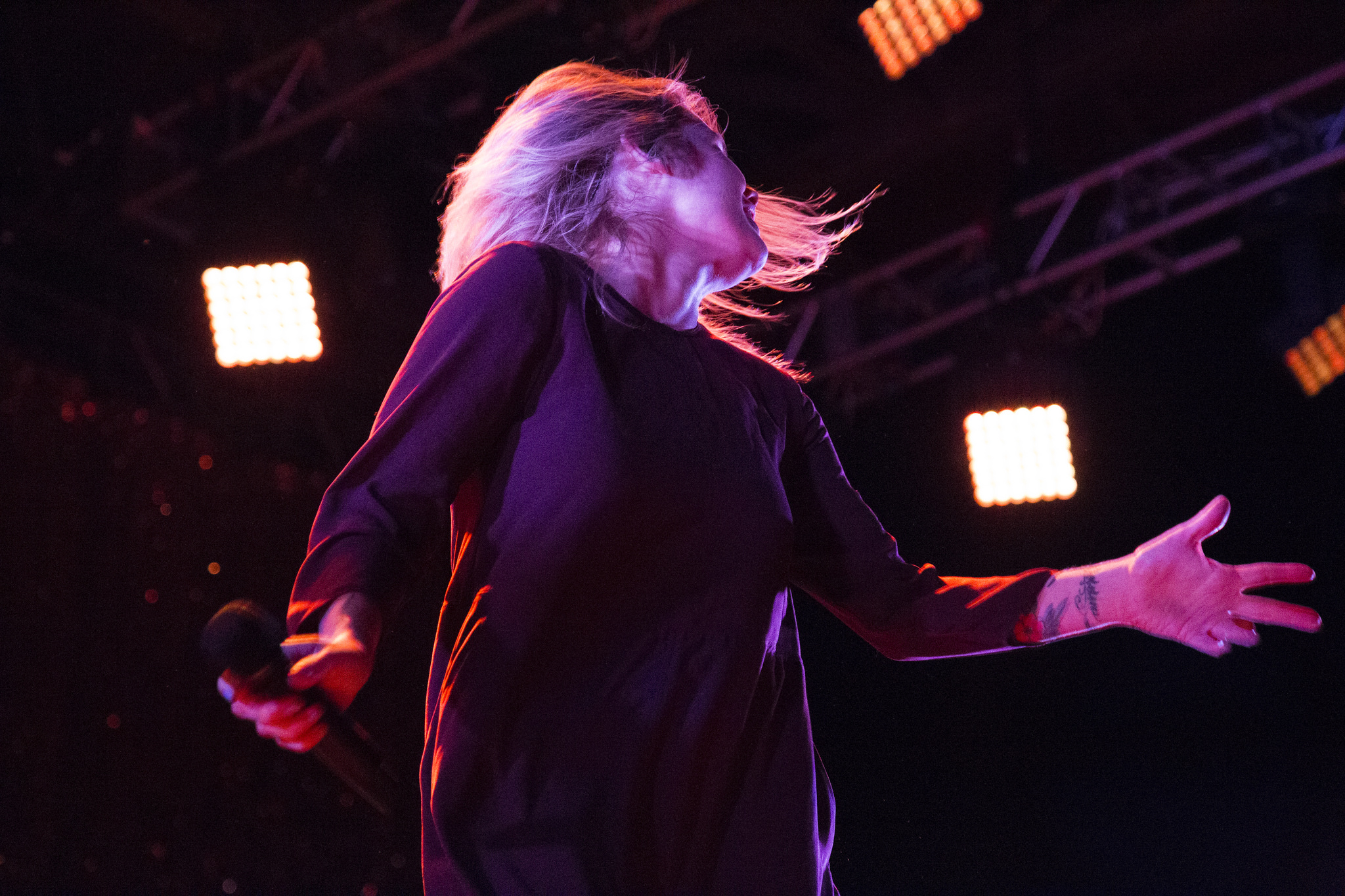 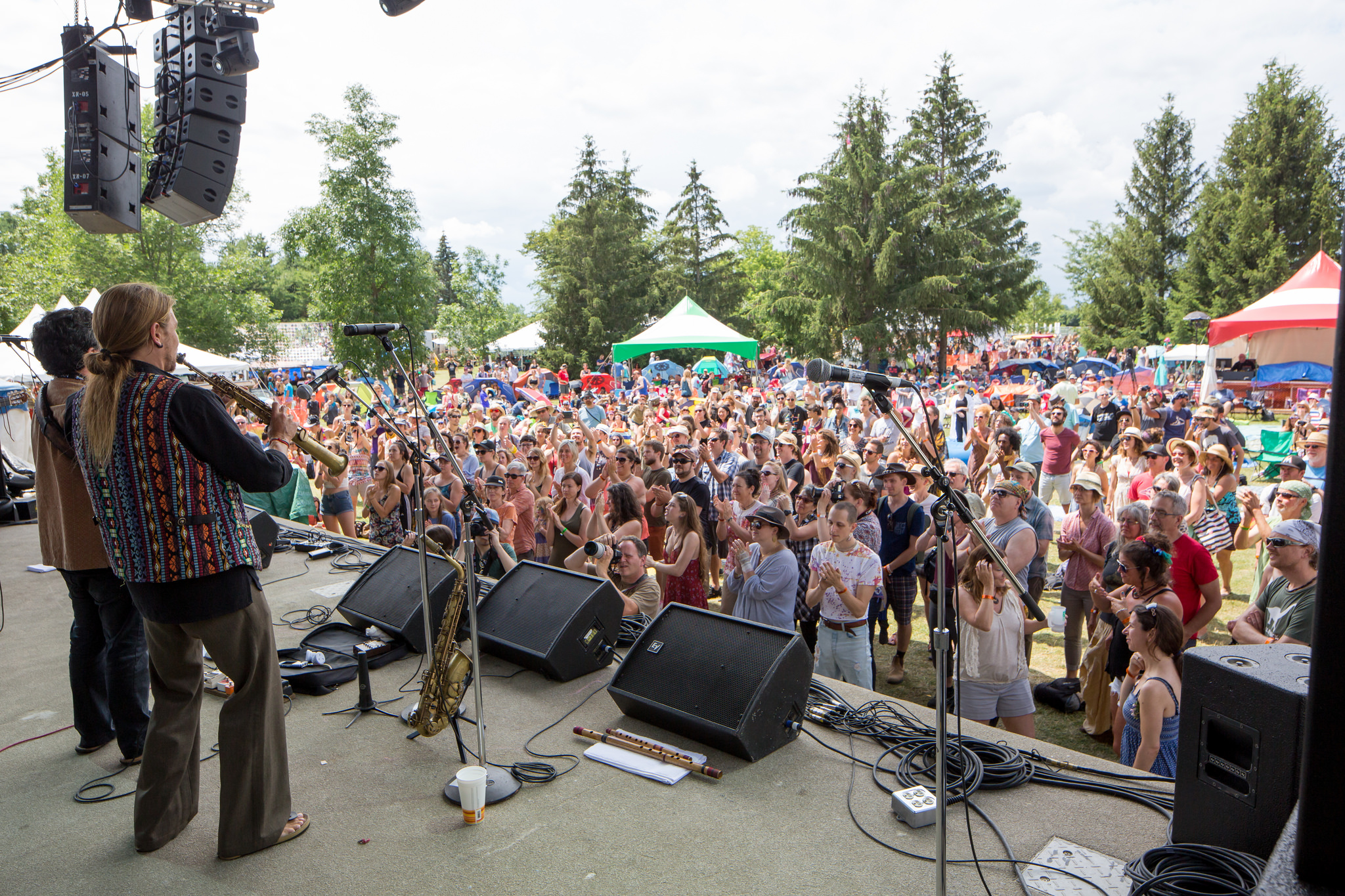 International band The Turbans, were a lively energy on the Main Stage. You couldn't help but dance!
Photo by Dan Hauser 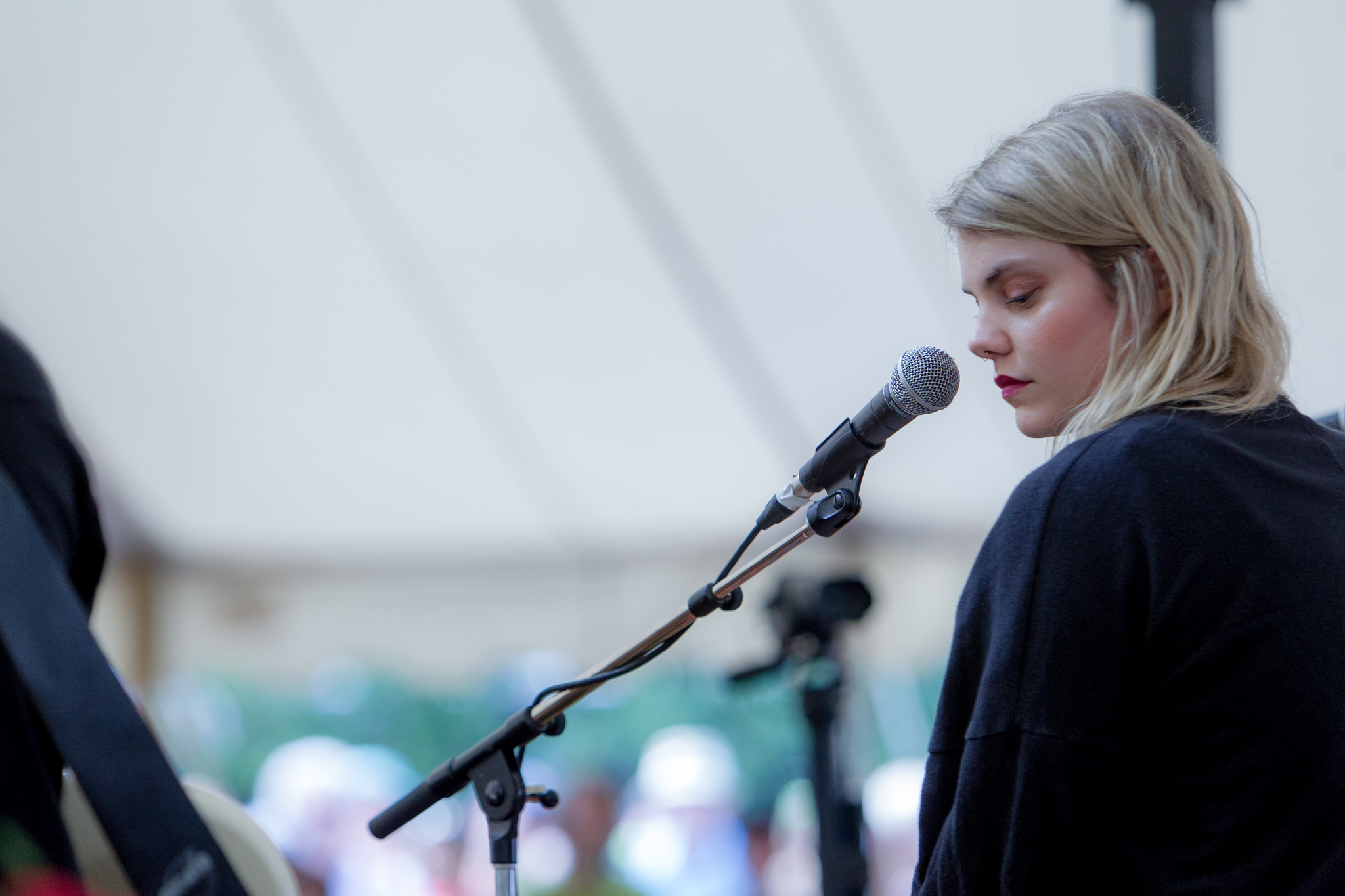 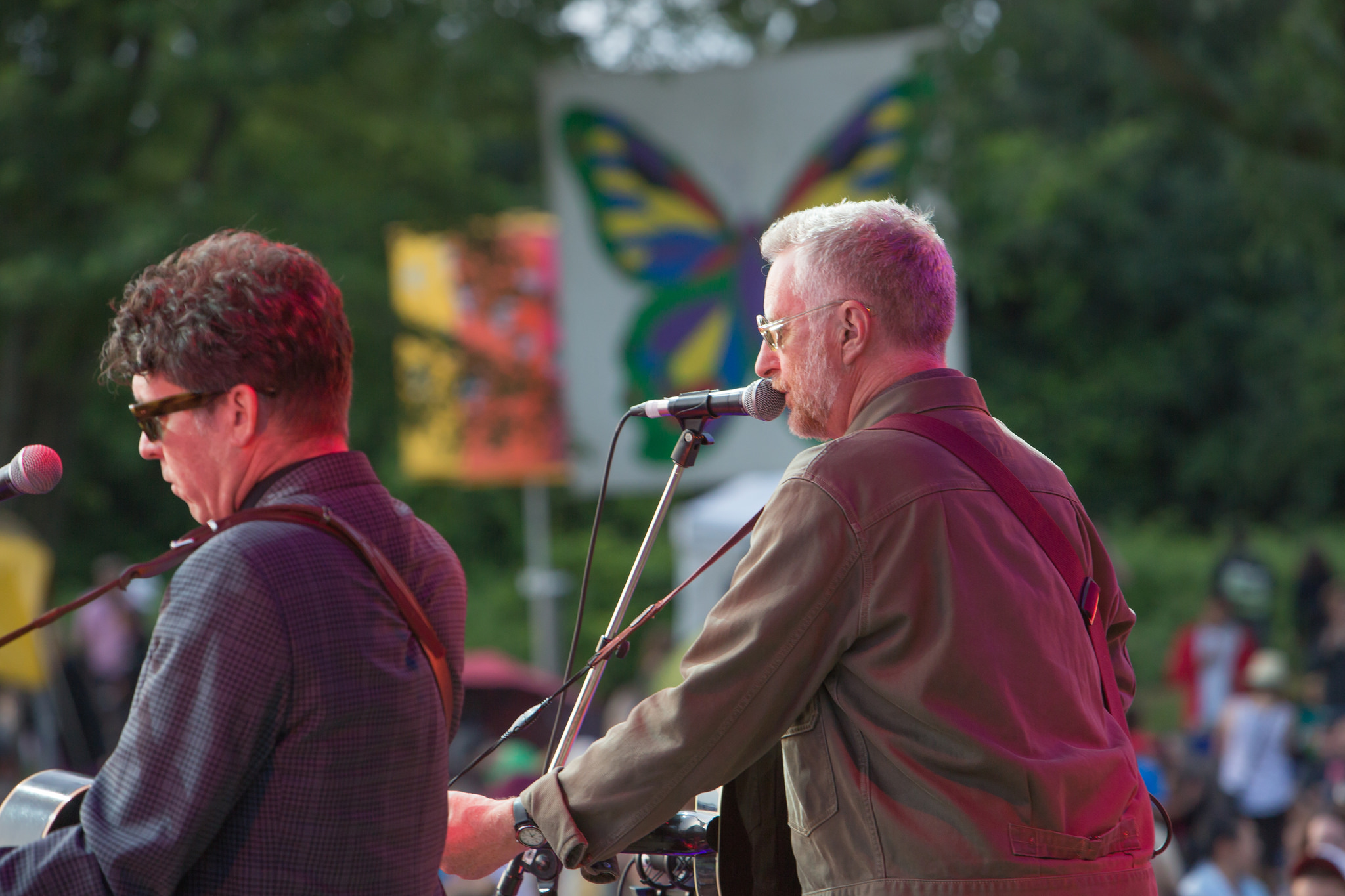 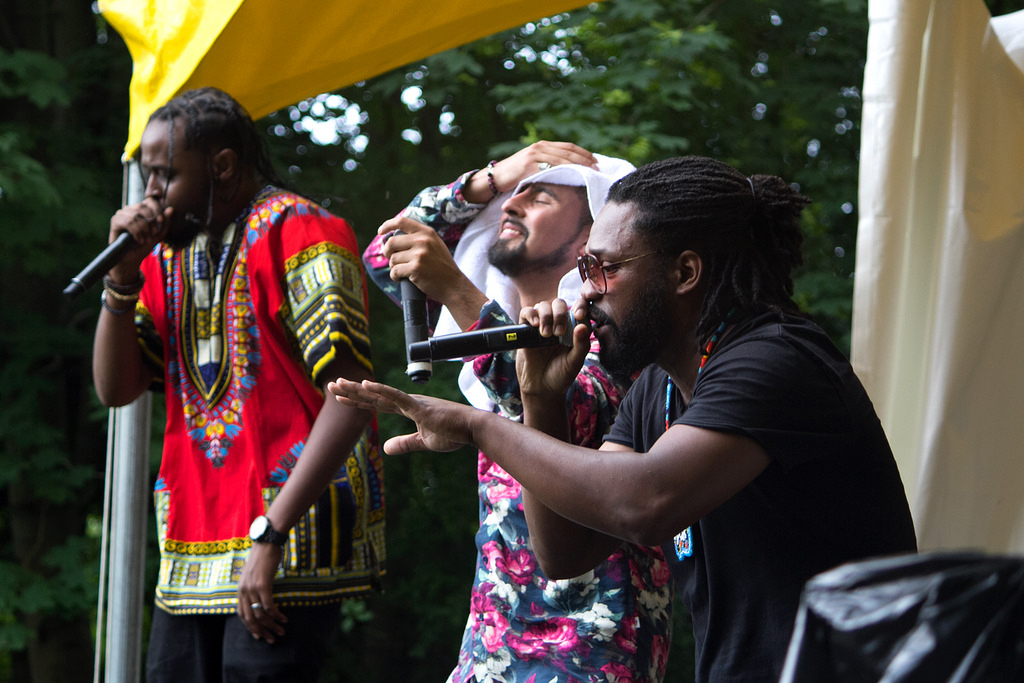 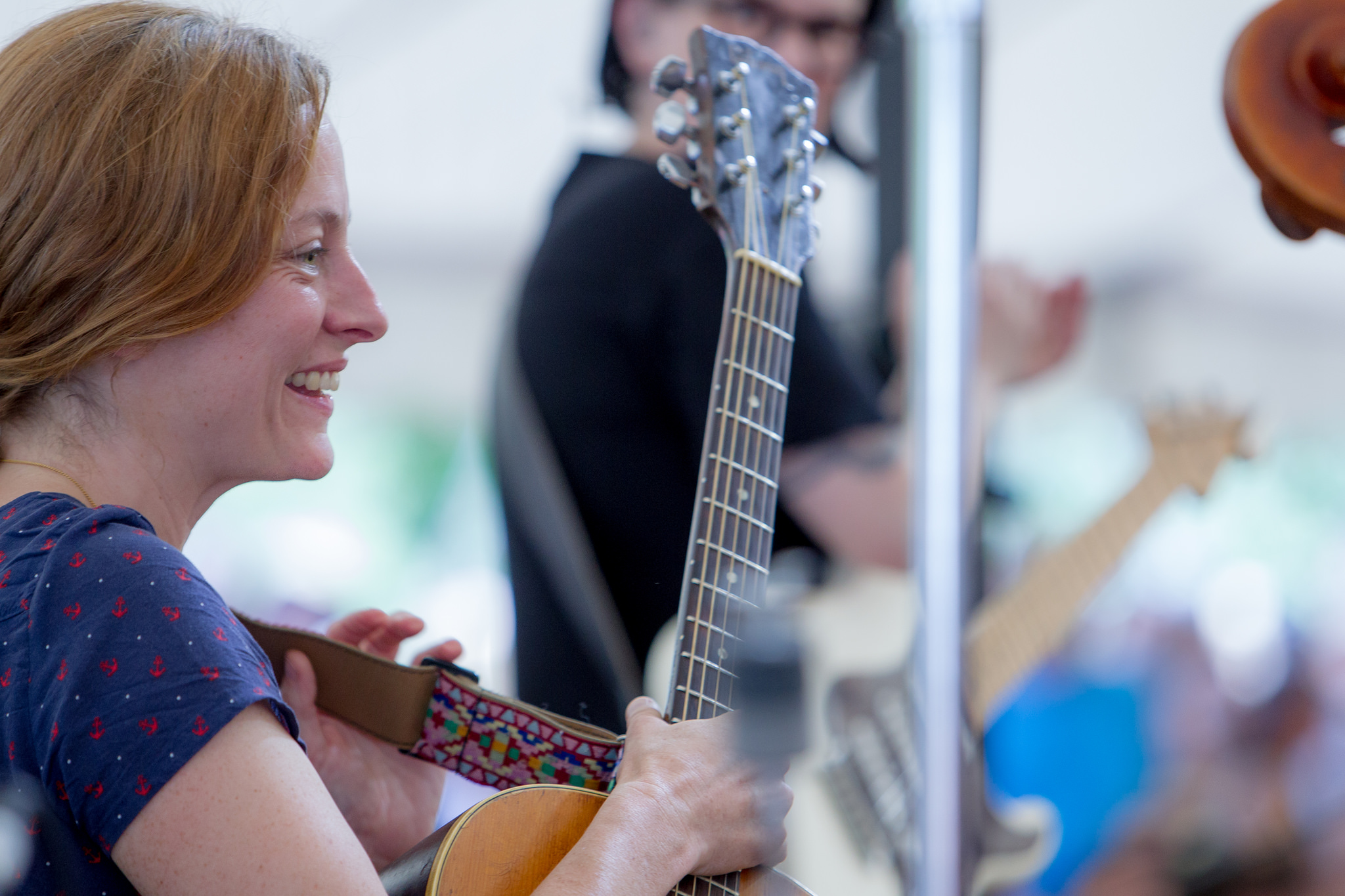 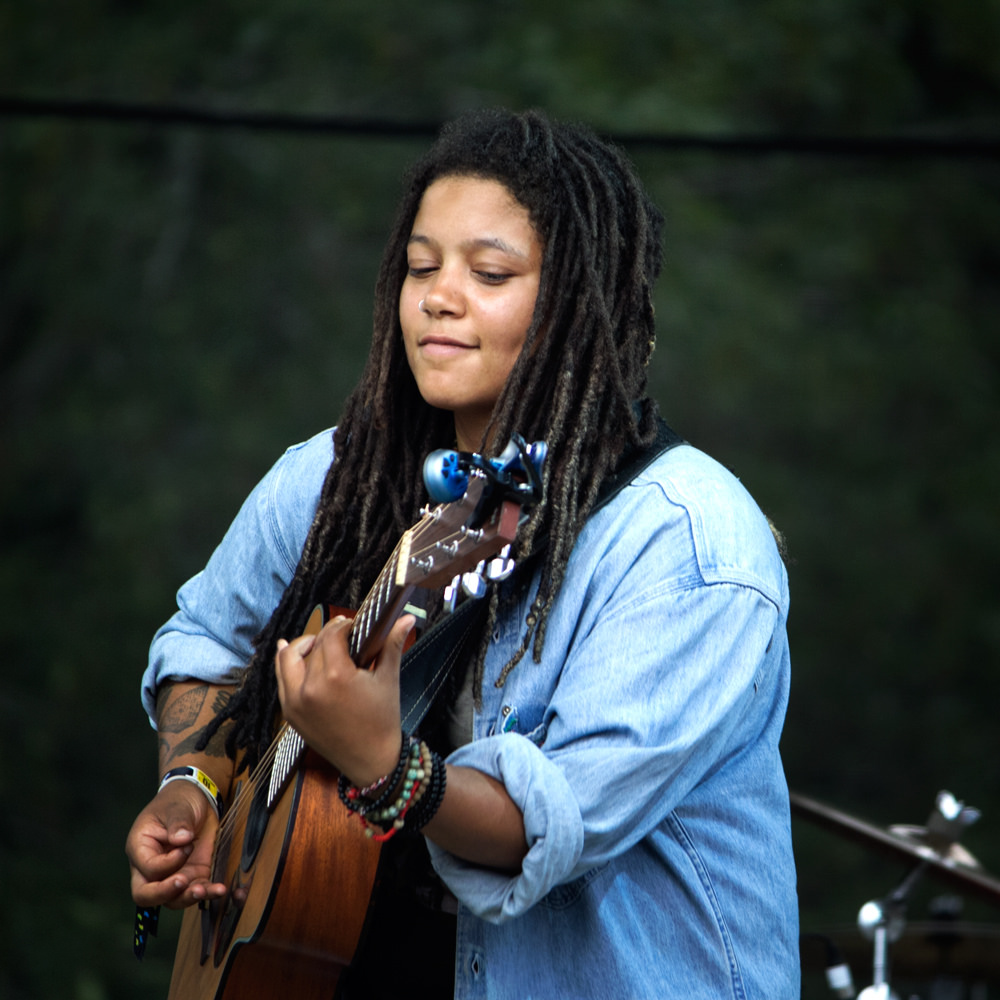 Local singer NEFE is the performer to watch!
Photo by Vicki Mahoney 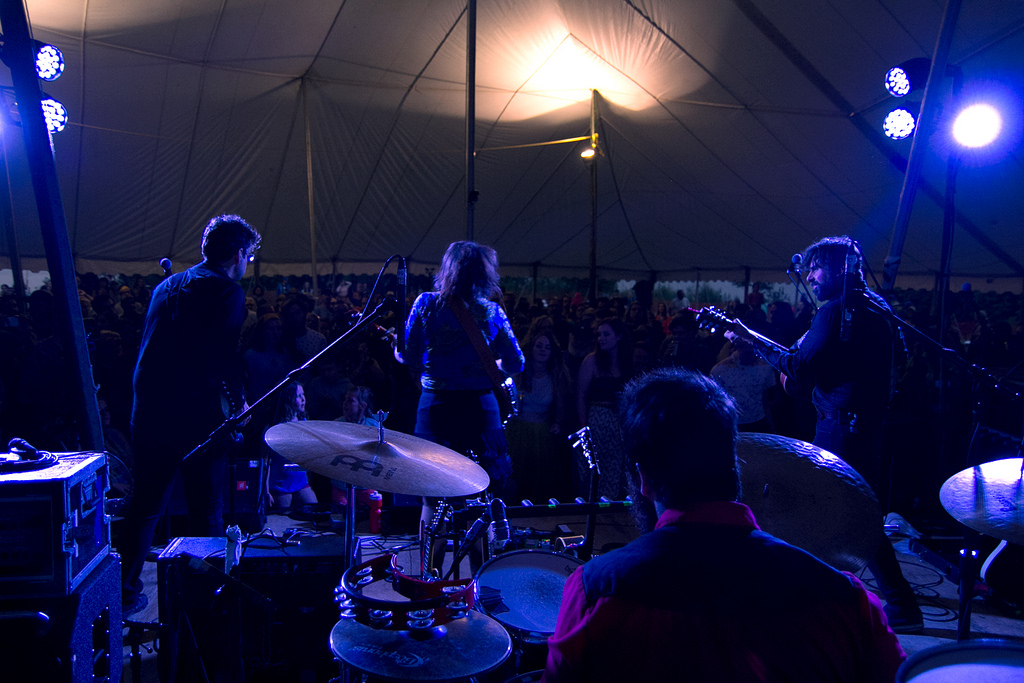 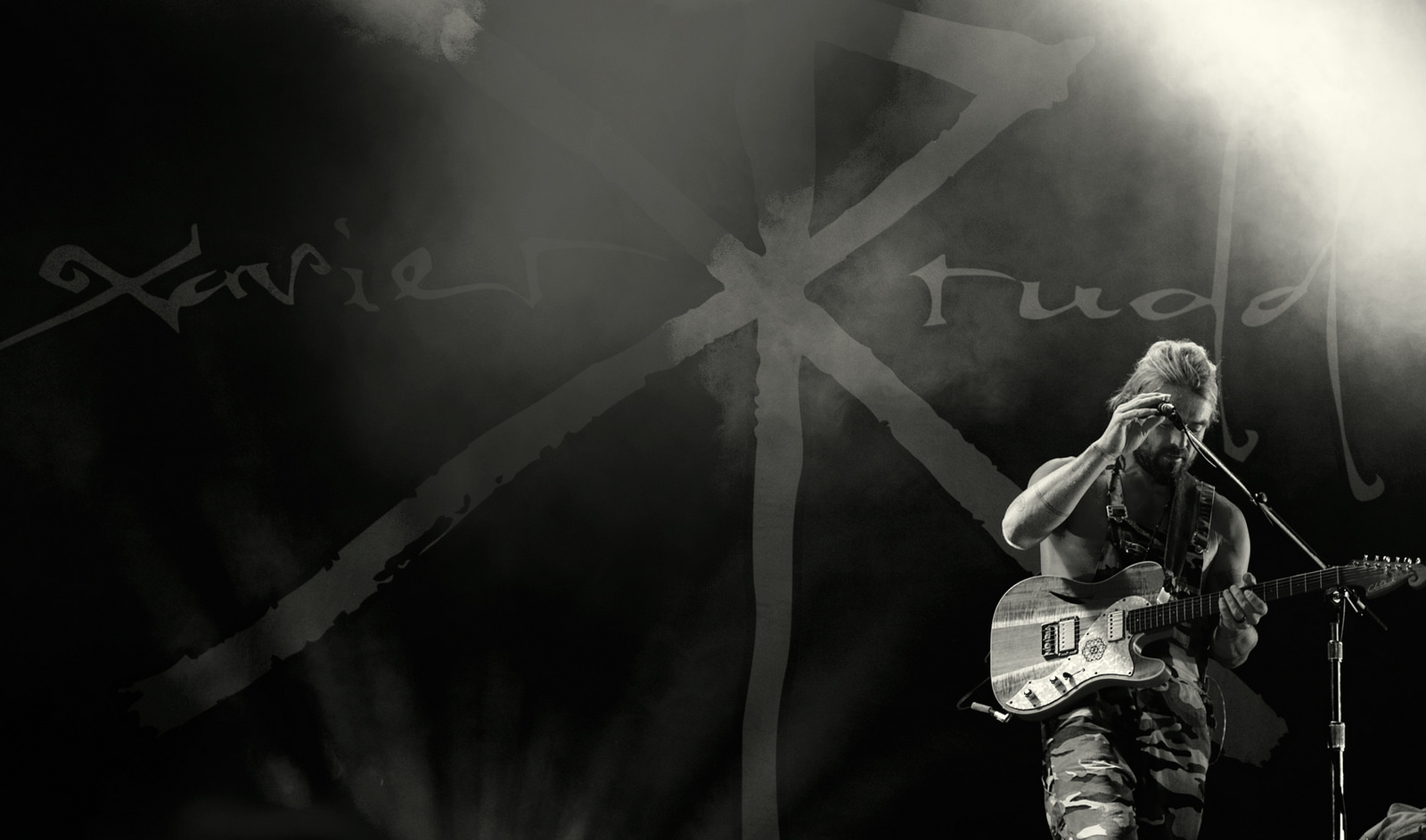 This past July 14 - 16, several thousand people journeyed to Guelph Lake Island for the 34th Annual Hillside Festival. Check out some of the highlights below.